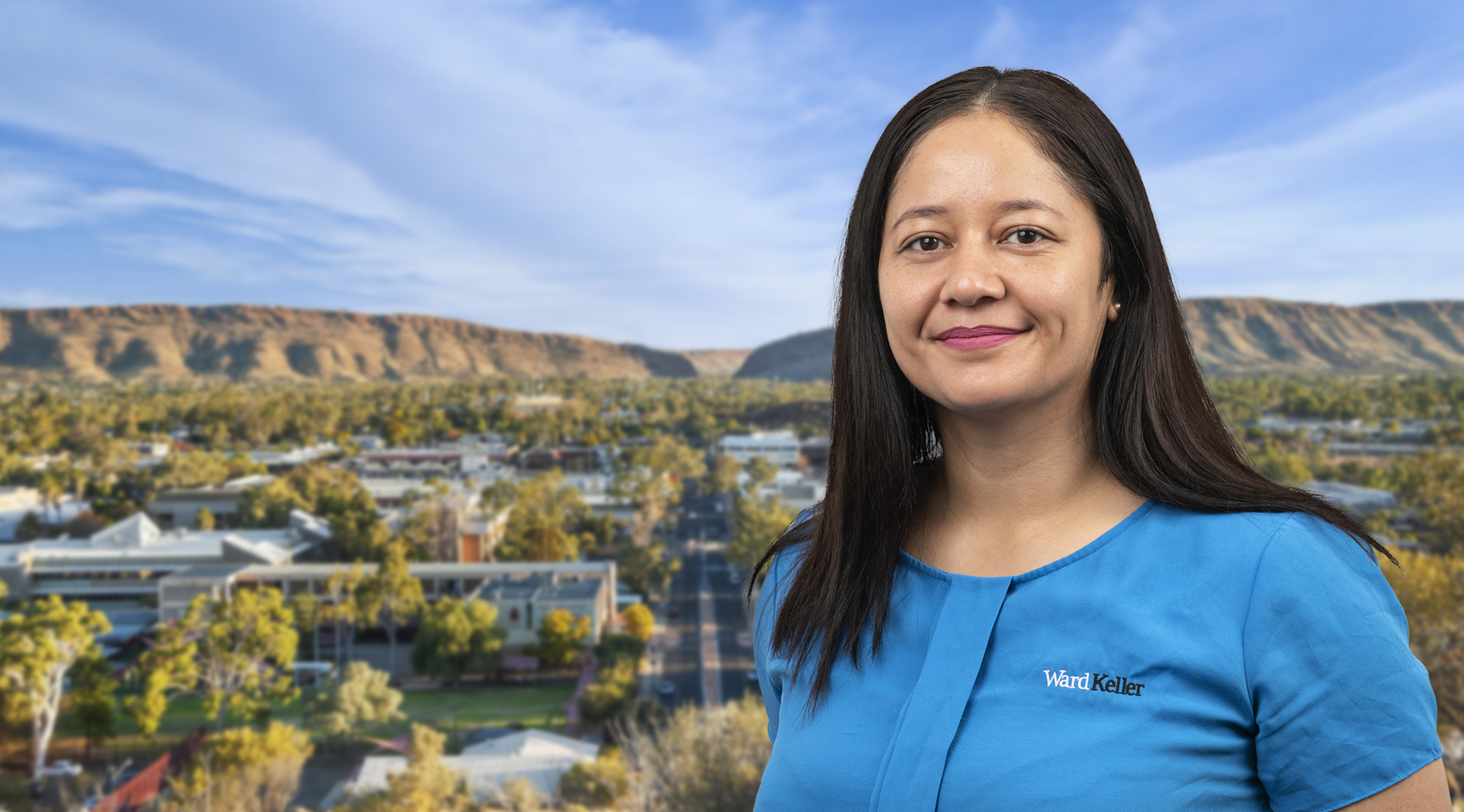 ‘I decided I wanted a change. Something different’, said Sheree, who worked in New Zealand government immigration for many years before transferring to China for four years in her role with a New Zealand company.

Sheree came to Alice Springs in 2014 for a fresh start, working at a bank then in HR for a not-for-profit before joining Ward Keller.

‘I had absolutely no connection to Alice Springs, or even Australia, but I wanted something completely different. A small town. And Alice Springs was it.’

She was only supposed to stay in Alice for three months, but like many who try out the Territory experience, Sheree is still there four years on.

‘I like that you can make friends easily here’, Sheree said. ‘You can walk down the street in Alice and know people. It’s that lovely small-town feel I missed—the last city I lived in had a population of 5.5 million.’

Sheree loves a challenge and is enjoying learning the ropes in her new role with Ward Keller. Day-to-day, she keeps the Alice team on track with their admin tasks, scheduling appointments and running things to the courthouse.

‘The team here in Alice Springs is really lovely’, she said. ‘Darwin too—they’re such a helpful bunch, given I had to learn the legal side of things from scratch. It’s been fantastic.’

Outside work, Sheree likes cooking for her friends, travelling and going to the gym.